We have been successfully running CRIPnet lunch series for 2 years now. CRISPnet lunch series is a monthly event, designed and organized by Chahboune, Broadbridge, and Altman and open to all CRISP participants (graduates, postdocs, and faculty) and CRISP affiliated members. The aim is to foster interaction among all center members, and specifically to broaden the education of graduate students and postdocs and expose them to different career options. Topics have included academic and industry career, commercialization of research, starting companies, and science policy in Washington:

Professor Eric Altman, Chemical & Environmental Engineering, It’s What You Learn After You Know it All that Counts: Reflections on the First 25 Years After Grad School, 2015

Emily Kinser, Engineer at IBM, This talk was tailored for REU students
CAREER DEVELOPMENT 101 - CRAFTING YOUR RESUME & PERSONAL PRESENCE TO REFLECT THE BEST “YOU”, 2015 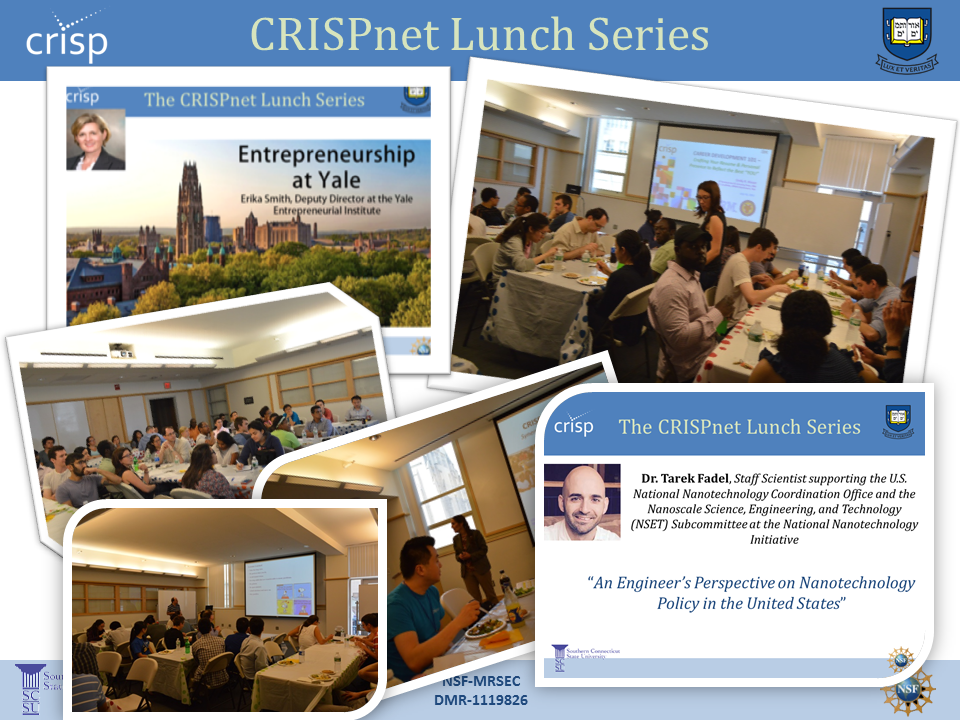